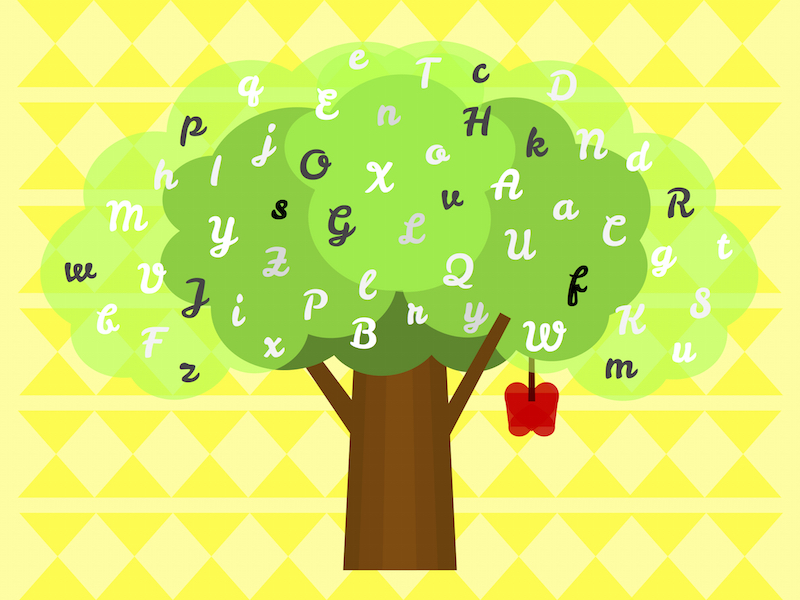 Its name derived from the Latin morphemes inter (between) and lingua (tongue or language), Interlingua was designed to be comprehensible to the hundreds of millions of Romance language speakers in the world. The website of the Union Mundial pro Interlingua (International Interlingua Association) calls it “modern Latin.” It is considered both a constructed language and an international auxiliary language (IAL), meaning that it was created to facilitate international communication in the “real world.” This purpose contrasts with that of conlangs such as Dothraki and Klingon that were designed for entertainment purposes. As a naturalistic IAL, Interlingua is also notable in that it is based on human languages (primarily English, French, Spanish, Italian, Portuguese, and Latin) rather than on an invented grammar and vocabulary. It is the most common of the naturalistic IALs and is known for its simplicity and ease of acquisition, at least for speakers of Romance and other western European languages.

Interlingua was developed between 1937 and 1951 by the International Auxiliary Language Association (IALA). Established by Alice Vanderbilt Morris and her husband in 1924 in New York City, the IALA was not originally intended to be the creator of a brand new IAL. Rather, its goal was to survey existing auxiliary languages (including Esperanto, Ido, and others), to choose the best one for international communication, and to promote its use. Eventually, however, it was decided that none of these languages were suitable and that the construction of a new IAL was in order. Per the Union Mundial pro Interlingua website, Interlingua was designed to be scientific, natural, practical, easy, educational, neutral, fun, and pan-European. This last adjective would be more accurately rendered as “pan-western European,” however: while Interlingua does use some Russian words, it is clearly most heavily influenced by the Romance languages of western Europe.

As previously mentioned, Interlingua draws most of its vocabulary from French, Spanish, Italian, Portuguese, and English, with some additional influence from German and Russian. In theory, however, words from any language are eligible if they (or their cognates or derivatives) appear in these seven control languages (the most widely spoken members of the Romance, Germanic, and Slavic families, respectively). Words are formed to avoid features unique to any one language. Instead, the characteristics shared by the control languages are represented. Per the Interlingua Wikipedia entry, “the form of an Interlingua word is considered an international prototype with respect to the other words.” This is to allow for Interlingua’s use and comprehension by as many people as reasonably possible.

Known for its simplicity, Interlingua omits any grammatical feature not found in all five of its primary control languages (English, French, Spanish, Italian, and Portuguese). These include noun-adjective agreement in gender and number (missing from English), grammatical case (present in German and Russian but missing from the primary controls), the subjunctive mood (missing from English), and other features that tend to cause difficulty for language students. Similarly, there is no need to memorize lengthy conjugations, as verb forms do not change based on person and irregular verbs do not exist. Below is a sample passage in Interlingua (from Article 1 of the Universal Declaration of Human Rights, via Omniglot) and its English translation. If you speak one or more Romance languages already, you should have little difficulty understanding the Interlingua.

English
All human beings are born free and equal in dignity and rights. They are endowed with reason and conscience and should act towards one another in a spirit of brotherhood.

Interlingua’s most obvious weakness is the fact that it is based only on European languages, six of which come from western Europe and five of which are Romance languages. In practice, this means that despite its simplified structure and theoretical learnability, it will still probably pose a challenge and take longer to learn for speakers of non-Romance and especially of non-Indo-European languages. It is difficult to imagine most Chinese speakers, for example, choosing to learn Interlingua over English: while the former may be somewhat simpler and less irregular, it still clearly resembles a western European language but (despite best intentions) lacks the international presence and prestige value of English.

In Interlingua’s defense, it would be virtually impossible to construct a language equally accessible to speakers of all pre-existing natural languages. Based on my own knowledge of English and multiple Romance languages, I can read and understand Interlingua with little difficulty. Learning to speak and write it would of course take more effort, but would still be a relatively straightforward process due to its logical pronunciation and spelling. Especially for the hundreds of millions of Romance language speakers in the world, Interlingua truly could be used as a medium for global communication.

Although far from being the successful international auxiliary language envisioned by its creators, Interlingua has seen an increase in popularity and recognition in recent years thanks to the Internet. It is managed and promoted globally by the Union Mundial pro Interlingua (UMI), with many individual nations maintaining their own similarly-named associations (the Societate American pro Interlingua, for instance). Every other year, the UMI holds a conference in a European city to discuss and promote the spread of Interlingua and to bring together enthusiasts from across the globe. It also publishes Panorama in Interlingua, a 28-page world news magazine, six times per year. According to the UMI’s website, Interlingua remains viable as a “modern tool for international communication.” “Interlingua,” it declares in a statement worth considering, “isn’t the property of a single culture or people. No native speaker has an unfair advantage. Speak Interlingua and put an end to linguistic discrimination.”