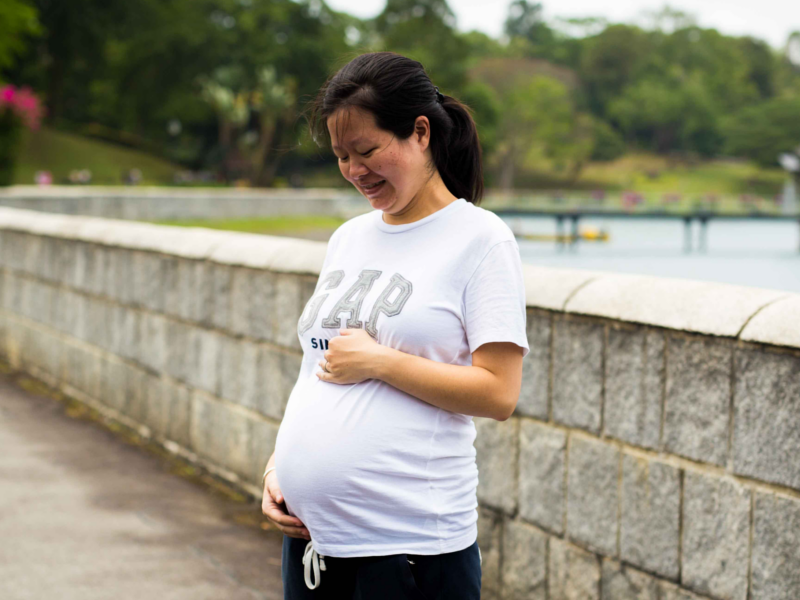 One word in particular that stands out in English dialects is the word we use for our mothers. The British typically use ‘mum’, and the Americans, ‘mom’. But why is there such a difference in spelling and pronunciation when both nations speak the same language?

But, before we attempt to explain the difference, here’s a thing to note: in Middle English, spoken between the late 12th and 15th centuries, words tended to be spelt the way they were pronounced. ‘Mome’, for instance, may have been pronounced as /moːm/ (like ‘moan’ with an ‘m’ on the end).  However, it’s important to note that nowadays, English language orthography (spelling) doesn’t always align with its pronunciation. For example, in the case of the word ‘tight’, spelling was determined based on its original pronunciation (which had the voiceless palatal fricative /ç/, in the ‘ch’ as in the German ich), and retained so the spelling of ‘tight’ no longer corresponds with the way it is pronounced and we have a modern pronunciation. In other cases the pronunciation of words changed and influenced the spelling, as well. One example of this is ‘apron’. When first used in the 1300s it was ‘a napron’. Through a process called metathesis—the switching of sounds in a word—it was changed to  ‘an apron’.

Interestingly, ‘ma-‘ is considered a linguistic universal to refer to motherly figures in Indo-European languages. As Etymonline explains, Greek has ‘mamme’, Persian ‘mama’, Russian and Lithuanian ‘mama’, and German ‘Muhme’. Linguists also believe that /m/ is one of the first sound units that babies can produce, which is possibly the reason ‘ma-‘ is such a common sound for a baby’s mother.

According to Etymonline, diminutives of ‘mother’ in English—such as ‘mom’, which uses the central nearly open vowel /ɒ/, and ‘mum’, which uses the back open-mid vowel /ʌ/—, are offshoots from ‘mamma’ which date back to the 1570s. ‘Mamma’ is most likely a reduplication (the repetition of a sound) of the simple ‘ma-‘ sound. However, Middle English had ‘mome’ in the 1400s, and although it referred to an aunt or older woman, it could have been the origin of pronunciation for our present-day ‘mom/mum’.

‘Mamma’ transformed orthographically over time and ‘mama’ appeared in the early 1700s possibly as a misspelling or a slight change in pronunciation. ‘Mummy’ (in the sense of mother rather than a corpse preserved in bandages—an earlier definition dating back to the late 16th century) came next in the late 1700s followed by the first recorded usage of ‘mum’ in 1823. It wasn’t until a few years later in the United States that ‘mommy’ was used in 1844 and ‘momma’ in 1884. ‘Mom’ (pop the champagne) finally appeared in 1867. It’s interesting to note that it was in less than 45 years that five out of six of these terms for mother came about.

Harvard University has developed TweetMap ALPHA and we’ve added the current words in question to show the distribution of the variants of ‘mama’ in different regions. The implication of the TweetMaps is that we have insight into the variants of ‘mama’ and their migration throughout the world. Although these are taken from data within a ten-day span in December 2013, they provide general trends regarding which words are used, and where, in the Twittersphere:

These TweetMaps show that, as expected, ‘mum’ is used predominantly in the UK. It is also used in India and South Africa, both of which were once British colonies. Moreover, the data shows that ‘mom’ seems to be the more common variant in the United States and worldwide, as the colours for ‘mom’ are much more intense than any other diminutive for ‘mother’. Lastly, ‘mam’ is mostly concentrated in the UK with some usage in South Africa and India. Although the map shows increased use of ‘mam’ in Poland, this could be because ‘mam’ refers to the first person ‘I’ in Polish, and not because they call their mothers ‘mam’.

However, some restrictions of the TweetMaps to consider are that ‘mam’ could be an incorrect spelling of ‘ma’am’ and that with a character limit of 140 characters, tweets are composed and thought out constructions as opposed to rapid speech production. However, the TweetMaps do show a trend in the distribution of the different forms of ‘mum’ throughout the world.

Google has a tool called Ngrams that charts word usage in 5.2 million books between the years 1500 and 2008. The Ngram graphs are records of written and predetermined words as opposed to daily, unpredictable speech. If we search for occurrences of ‘mum’, ‘mam’, and ‘mom’ in Ngrams, as we did with the TweetMaps, we see that usage of these words has increased over time at slightly different rates. With this, we can claim that because of the geographic divide, and therefore inconsistent communication between the UK and USA, all three variants—’mum’, ‘mam’, and ‘mom’—had the ability to develop independently. If there had been increased and frequent communication between these countries then one version would have become more dominant for all the speakers.

One possible reason for the difference between the ‘o’ and ‘u’ of the more common ‘mom’ and ‘mum’ may be the Great Vowel Shift (GVS). The Great Vowel Shift was a major change in pronunciation in England and is the reason many of our words have irregular spellings. Vowel sounds changed in the GVS from 1350 and 1700 so it’s not out of the realm of possibility that America, as a new nation, got the tail end of the shift in pronunciation. For instance, ‘my’ used to be pronounced /mi/ (mee) but the /i/ sound changed to /ai/ to give us the Modern English ‘my’. However, knowing that we had ‘mama’ since the early 1700s, at the end of the Great Vowel Shift, it seems unlikely that the GVS is the source of divergence between ‘mom’ and ‘mum’.

This chart shows the changes in sounds that took place during the GVS, and in what order these changes occurred. Linguists refer to the GVS chart to note the evolution of vowel sounds in English words through the years.

Additionally, although the pronunciation may have shifted before the first recorded instances of ‘mum’, ‘mom’, and ‘mam’, it could have taken years for the accompanying orthography to match.

The etymological reason for the divergence seems to be part of typical language evolution. Words change over time no matter what—all words change at different rates and for different reasons. Some words, like pronouns and essential numbers—’I’, ‘you’, and ‘one’—change the least because they are used the most and need to be consistent in meaning to be used effectively. When the British Empire withdrew from parts of the world, words that are typically those used often, such as ‘mum’ were retained. Perhaps the lack of communication between the UK and USA coupled with the varied linguistic backgrounds of the settlers in America caused a divergence in the language evolution so ‘mama’ turned to ‘mum’ in the UK and ‘mom’ in the USA.

The reason we have different variants of any word is because not all speakers communicate with all other speakers of their language. Moreover, not every English speaker conforms to the uses of ‘mum’, ‘mom’, and ‘mam’, as described above; these trends however, exist as generalisations to explain language and dialectal changes over time and borders. Words and sounds all shift over time but they’re on a continuum rather than poles. Although the typically-American ‘mom’ is used in the Midlands in the UK, it’s not as though there is a physical border to separate the usage. Speakers around the Midlands border also use a mix of ‘mom’ with the open vowel and ‘mum’ with the open-mid vowel. The use of dialects is not restricted to geographical borders.

So, to return to the question posed at the beginning: why is there such a difference in spelling and pronunciation when both nations speak the same language? The short answer is that the two nations do speak different dialects of English. Additionally, neither the use of language nor the use of these different dialects is bound by distinct geographical borders. This is why ‘mum’ and ‘mom’ show up in other parts of the world outside of USA and the UK.

Of course, we may see even more varieties for ‘mama’ in the future, as people continue to migrate around and out of their country of origin. Perhaps even the Internet linking us together globally would slow the process of language evolution. But as for trying to stop language evolution itself, well, mum’s the word.

Ashley Timms is an American expat living just outside of London, England. She's a copywriter and dog photographer but her background is linguistics with a focus in forensics linguistics. When she's not catching up on Netflix or re-reading her linguistics books, Ashley is found in the park with her two chocolate labradors.

This article was inspired by my living in two countries who, although share a language, have plenty of misunderstandings. Of all of the dialectal difference between the UK and the USA, “mum” and “mom” are the most stereotypical to identify a speaker’s origins.